Gems are represented as colorful coin-like discs on the icon showing the total amount the player possesses - when collecting them from mining, they appear in the color of the mineral deposit being mined.

The bunnies mine gems at varying rates. They mine gems at 14 rates of speed, with the Luck Bunny mining the fastest. The top 5 fastest bunnies are the Miner, Chameleon, Toucan, Fjord, and Squid.

The groups are (slowest to fastest):

The gem mining spots are: Sapphire, Emerald, Ruby, and Diamond. 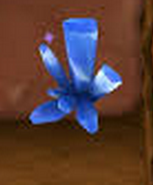 Screenshot (190).png
Add a photo to this gallery
Retrieved from "https://tunneltown.fandom.com/wiki/Gems?oldid=17358"
Community content is available under CC-BY-SA unless otherwise noted.